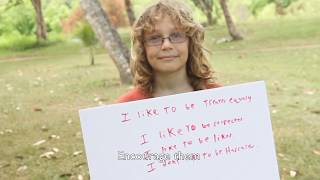 Meet our founders and trustees

Behind Realize is a team that is committed to individual's rights, empowerment and supporting positive change in society. With them they bring a range of experience that stretches from individual capacity building to large-scale strategic change.

Sam is an expert in developing user-led, participative services which focus on bringing individuals with disabilities and their support networks into the forefront of the drive for inclusion.

Recognising that the needs and aspirations of individuals themselves are the starting point of all activity, she has spent the last 17 years working to build and develop services, platforms and opportunities for individuals with disabilities to achieve their ambitions. As an education specialist she recognises the need for individual development, but has always sought to balance this with efforts to effect change within the community in which individuals live, creating an inclusive environment that supports and engages with their needs.

Sam developed and led the Next Steps project in the UK as part of the Speaking Up! organisation, an award-winning user-led service which worked alongside individuals with disabilities and their families to enable development of the skills, experience and confidence to lead independent and fulfilled lives. This included driving access to education, training, employment, independent living.

Next Steps had a user-led model which was rolled out nationally across the UK. Sam also worked to bring about transformational change in the ways existing public services work with individuals with disabilities, including fundamental developments of the approach to training social workers, focusing on self-advocacy, empowerment, self-determination and increased independence.

Recognised as a highly successful and impactful service through awards such as The Guardian Charity Award, Community Care Award and the UK National Training Award, Sam then went on to support other third sector organizations through leadership, organization development and growth implementation. She also wrote and developed a series of government support publications in support of life-skills development.

In 2016 Sam co-founded Realize as an organization to develop the inclusivity agenda in Belize. Having spent the last 15 years engaged with the community of individuals with disabilities in Belize, Sam recognised the opportunity to support changes within the nation as a tipping point for social change emerges.

Richard is a longstanding advocate for overcoming inequality and exclusion, placing community engagement and participation at the heart of all efforts to build change.

Working within a range of globally-recognised institutions, Richard has focused on driving change through developing community and grassroots participation and via effecting leadership change which enables greater empowerment and engagement. Working for the British Council he focused on access to education for national development, but also delivered a range of post-9/11 community engagement projects across the Middle East and North Africa in support of cross-cultural cohesion amongst young adults.

During a 10-year period at the University of Cambridge he worked to build partnerships which effected strategic change with a range of public and private sector organizations. These ranged from institutional development initiatives in countries such as Pakistan and Malaysia, to working to support leadership, culture and mindset change in organizations as varied as UNICEF, the Indian Administrative Service and Toyota.

He founded and directed the Centre for Compliance & Trust within the University of Cambridge Judge Business School, working to drive the conduct and culture agenda within the financial services industry, including working alongside global banks to impact on the ways they think and act.

Richard also works to support individuals to achieve significant social change, and as a mentor on the Queen’s Young Leaders Programme, and academic director of the UK Government-sponsored Future Leaders Connect initiative, is currently working with over 50 young leaders from across the world as they drive social change in their nations.

Richard is co-founder of Realize and brings his experience and passion for embedding values, engagement and empowerment into strategic change, using his leadership and project delivery knowledge to drive initiatives which lead to greater inclusion across society.